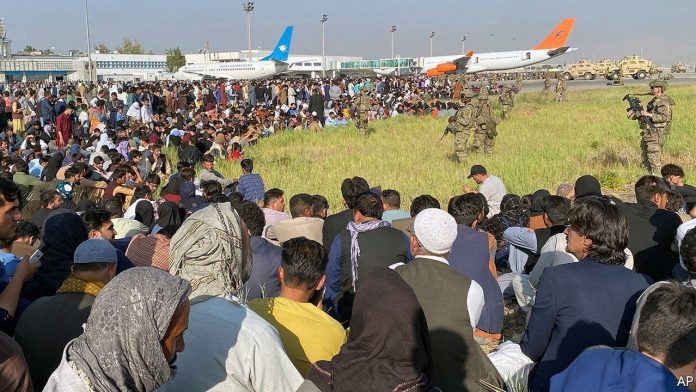 The events that unfolded in Afghanistan as the Taliban took control of the country have been devastating for the Afghan Australian communities. With the recent announcement of a caretaker cabinet that includes many hardliners and even a senior minister on the FBI’s most-wanted list for terrorism Afghanistan situation is now beyond horrifying and the fate and livelihood of its people lie in the hands of barbaric terrorists. The resilience of millions of Afghans who now live under the so-called “Islamic Emirate” has been pushed to the limit by prolonged conflict, high levels of displacement, natural disasters, and deepening poverty.
As the Taliban swept across Afghanistan, ADF personnel and government officials made every effort they could to evacuate Australian nationals and approved Afghans. Over nine sweltering days Australia’s largest humanitarian airlift operations in history brought more than 3,650 people from Kabul to Australia.
While the government remains in contact with registered citizens, permanent residents and their immediate families in Afghanistan the end of Australia’s evacuation operations is deeply distressing for Afghans with connections to Australia who had earlier reported difficulties reaching or being accepted into the airport.
In the height of Afghanistan crisis Canada and the UK were quick to announce they would resettle 20,000 Afghan refugees. Australia has a moral duty toward the Afghan people and should not abandon them. Yet the Australian government has allocated only 3,000 places to Afghan refugees within its existing annual humanitarian program. It does not even extend to those on TPV/SHEV visas in Australia and thousands more Afghan refugees in Indonesia awaiting safety and protection for many years.